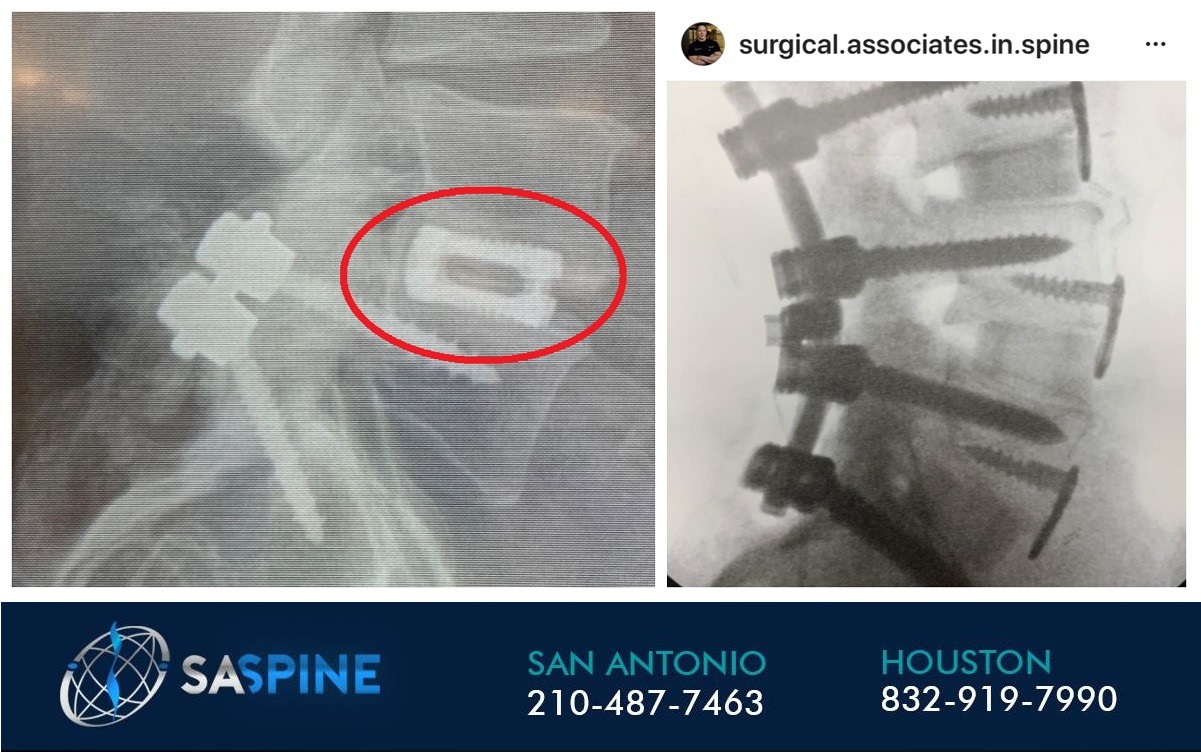 This patient had a two-level surgery with a metallic cylindrical cage at one level and a one-sided screw fixation of the spinal level below. His pain after surgery progressively worsened. He came to Dr Cyr for a second opinion. His workup revealed an unstable spine at both levels, failure to fuse, lateral shifting of his spine over the rounded cage and an unstable level above never addressed. His nerves were still compressed as well. His cage was grossly mobile, the bone violated, the fusion never healed in the front or back of the spine. To correct his condition, an anterior surgery was performed to remove the cage and the discs above and below it for stability and fusion and his screws were removed and replaced with a more stable construct on both sides of the spine with bone graft added to ensure a fusion. His nerves were freed of pressure by removing the scar and bone still compressing them. His nerve monitoring revealed an immediate improvement in his nerve speed and strength to his legs. #SASpine