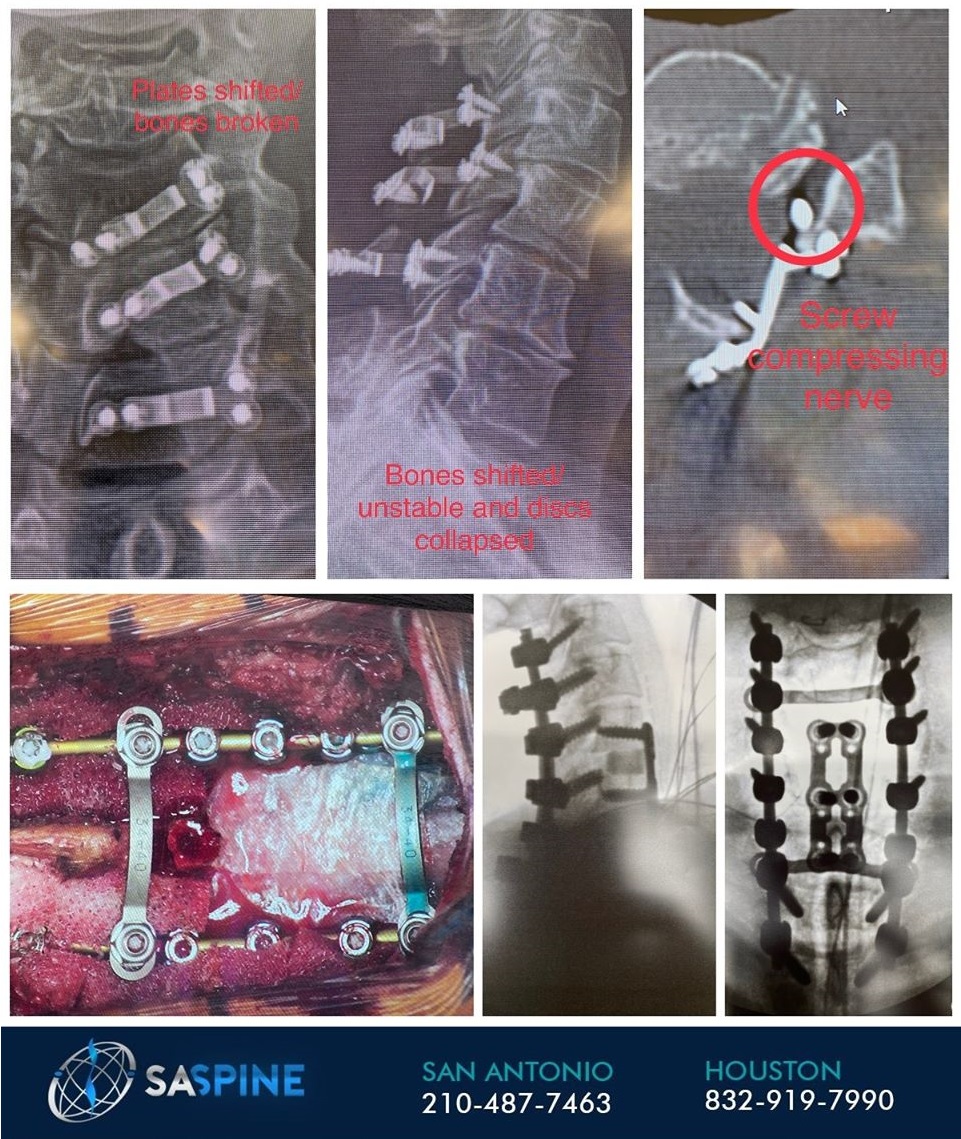 Patient with debilitating neck and arm pain after having surgery elsewhere. This procedure, called a Laminoplasty, is indicated for spinal cord and nerve compression in a stable neck that is properly aligned but has arthritic changes narrowing the spinal canal. Her cervical instability and disc collapse (kyphosis) led to fracture of the bony connection and migration of the bone and implants causing worsening nerve and spinal cord compression. A screw was positioned in the channel where the nerve exited the spine resulting in severe shoulder and arm pain. To realign her spine, stabilize her neck, and remove the broken bones and malpositioned implants, three discs in the front were removed and fused in an anatomic position then stabilized with a plate. This was followed by removal of the implants and broken bone and further freeing of the compressed nerves, including removal of the screw stabbing her nerve and repairing the tear in the nerve sac from the screw. Posterior screws and rods were placed to further stabilize the spine and a patch of amniotic tissue was placed over the spinal cord to protect from scar formation and bone migration over the nerves. ~Dr Cyr