By adminSeptember 4, 2022No Comments 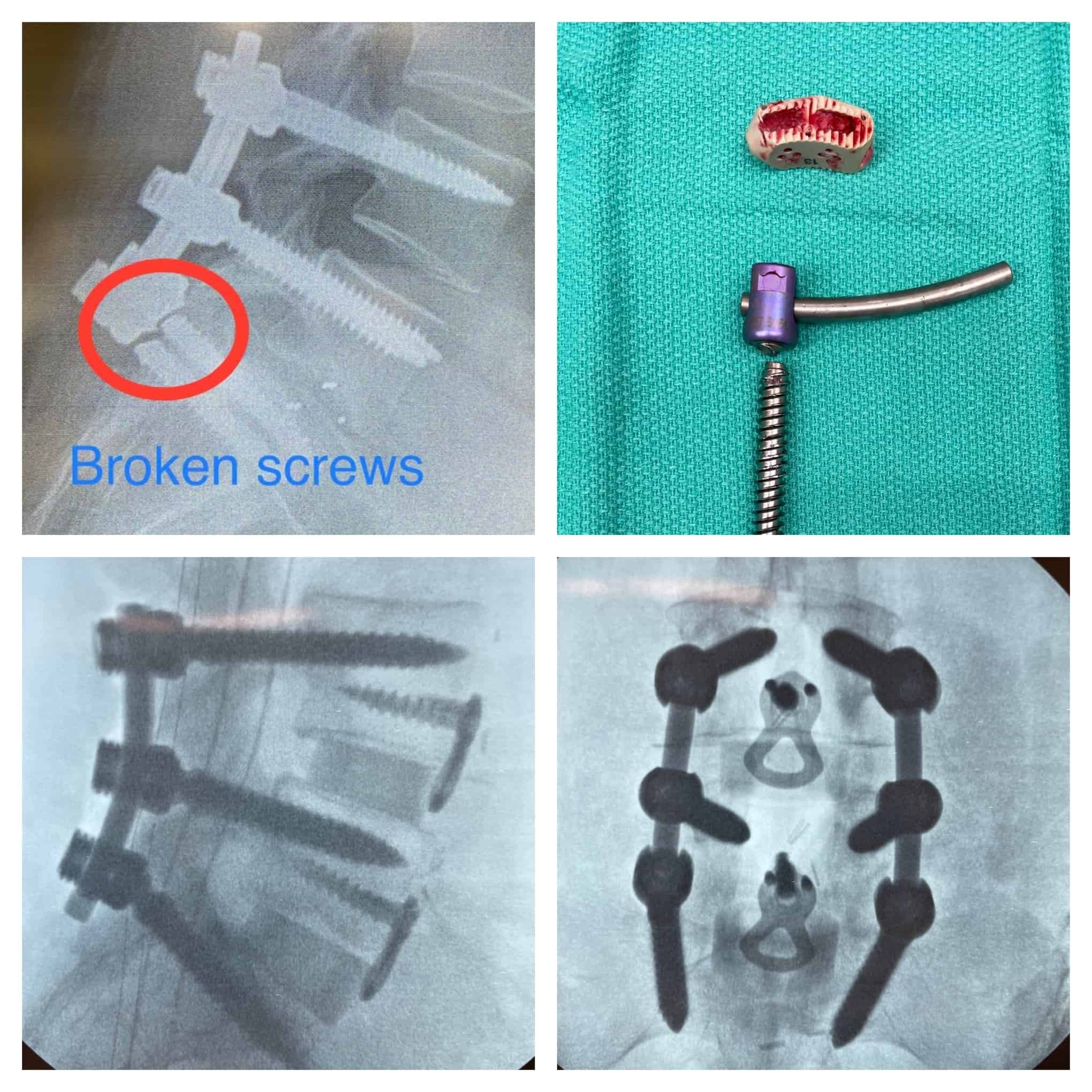 Revision surgery on a patient who had undergone a fusion by a surgeon elsewhere. Her fusion failed and, as a result, her screws broke at S1. When hardware breaks, it is often an indication that the fusion did not heal. Constant stress across metal implants, when a fusion fails to heal, leads to breakage.

In order to correct the problem, the patient’s cage which was made out of medical-grade plastic was removed. Dr. Cyr is a strong believer in only using bone and not plastic or metal to fuse the spine. The cage was replaced with a ring of bone which you can see in the x-rays is significantly larger than the plastic cage. Not only does it provide better structural support but it also has the ability to heal into the patient’s native bone resulting in a more successful fusion.